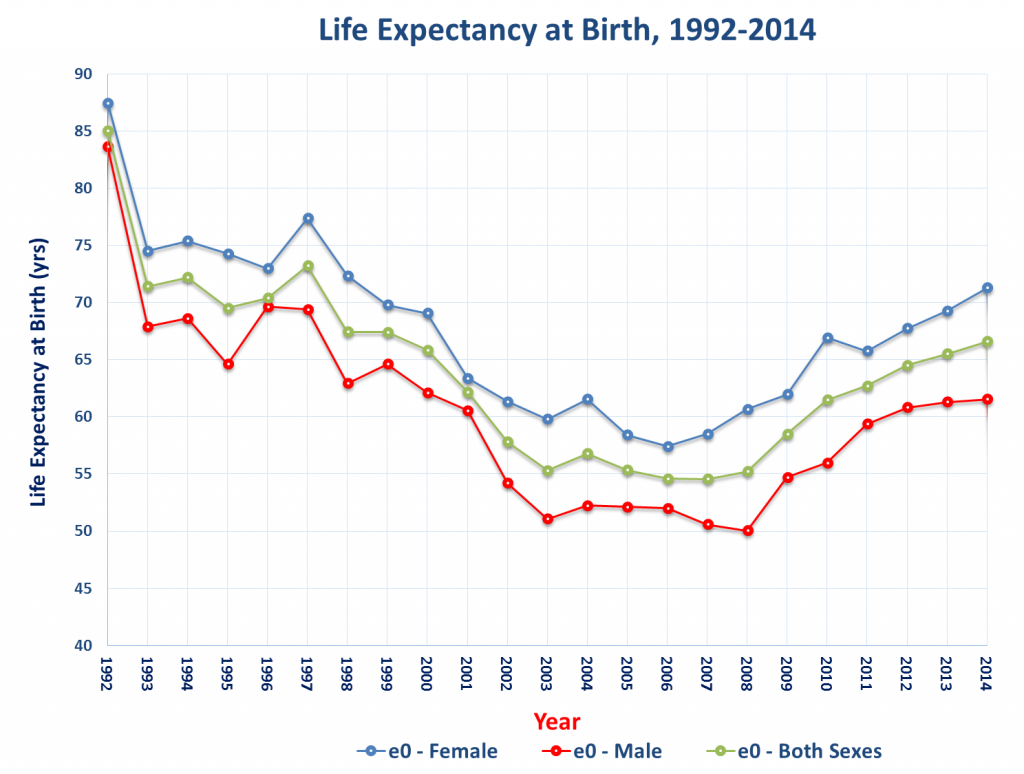 To read the most up to date paper containing mortality trends from the Agincourt HDSS, titled “Progression of the epidemiological transition in a rural South African setting: findings from population surveillance in Agincourt 1993-2013” click here

The aim of the Agincourt HDSS-Clinic link is to enhance the utility of the Agincourt HDSS for studying population wellbeing, health, disease patterns and their determinants and implications by integrating the Agincourt HDSS data with data from primary healthcare facilities. MRC/Wits-Agincourt Unit’s data entry clerks stationed at primary healthcare facilities serving the Agincourt HDSS population prospectively link patient records to data collected from the Agincourt surveillance population. Linkage is done using a combination of deterministic and probabilistic record linkage approaches. In addition to identification of patients in the surveillance population, the data entry clerks extract clinical information and log all follow-up visits. The clinical visit information collected since 2014 include HIV testing and counselling dates and results, CD4 count test dates and results, viral load test dates and results, dates of follow-up clinical and treatment visits for HIV/AIDS and other chronic illnesses (diabetes, hypertension, etc.), vital signs collected during follow-up visits, and details of medications given. During the linkage process, the privacy of patients is protected via a rigorous data logging, storage, and encryption procedure that protects human subjects. Clinical data from paper-based registries are entered directly into a laptop hosting the linkage system. This ensures that the research team does not leave any paper trail of the health facility records. The linkage system encrypts all data as soon as it is entered using a key that is hard-cast in the programming code and not accessible to the end user (e.g., data entry clerk) of the system. The encryption key is only held by the Data Scientist responsible for the study. Hence, in an event that the data-entry laptop is stolen, it would not be possible to reassemble the data files and identify the patients. 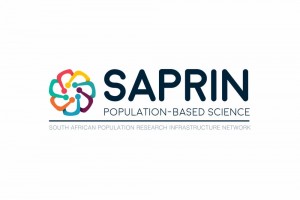 Current surveillance covers some 250,000 persons of all ages; urban extensions will, by design, extend this to some 550,000 – around 1% of the SA census population. The outcome, vigorously pursued by DST and the SAMRC on behalf of government, will be a sustained national research platform linked with universities and research councils, covering a breadth of rural and urban settings, with relationships to key government ministries including health and social development – and closely interacting with cross-cutting public institutions like Statistics-SA and Planning, Monitoring and Evaluation in the Presidency.

The project will firstly integrate the three existing HDSS nodes in South Africa (namely, Agincourt HDSS in Bushbuckridge District, Mpumalanga, established in 1992 with a current population of 115,000; Dikgale HDSS in Dikgale District, Limpopo, established in 1996, with a current population of 35,000; and the Africa Centre HDSS in uMkhanyakude District, KwaZulu-Natal, established in 2000, with a population of 165,000).  Then, the network of HDSS nodes will be expanded to include new nodes in Gauteng (urban), eThekwini (urban), Eastern Cape (rural) and Western Cape (urban). The expanded network will cover a more inclusive spectrum of sections of impoverished yet dynamically developing populations, and incorporate dynamic, bi-directional, migration flows linking poor, rural communities with urban centres.  PPT Overview of SAPRIN June 2017 and a video explaining SAPRIN and its aims

a.  Mortality patterns are examined, including cause of death, by age and sex, and spatio-temporal clustering of mortality, by cause, using the geographic information system.

b.  Strengthening verbal autopsy assessments (VA): validation of InterVA, a deterministic model to assess probable cause of death using VA. The model produces standardised assessments compared to physician diagnoses, costs less and produces more timely outputs. This work has contributed to WHO efforts to improve community-based cause-of-death ascertainment and make these tools widely available for policy and planning.

Determinants of fertility trends and the dynamics of fertility stall are examined, including the comparison of former refugees with local South African fertility rates. The findings suggest that the fertility levels of self-settled, Mozambican refugees residing in the Agincourt population are converging to the levels of their host community.

Household change Oct 2017
Collaborators: University of Cape Town, SA; Universities of Missouri and Maryland, USA
Patterns of household change are examined. The HDSS captures co-resident household memberships, keeping track of the start-dates and end-dates and periods of absence in-between. Existing work shows that the average household size is declining. There is considerable short-term flux into and out of households. Overall patterns show a reduction in nuclear family formation and increase in complex multi-generational households. 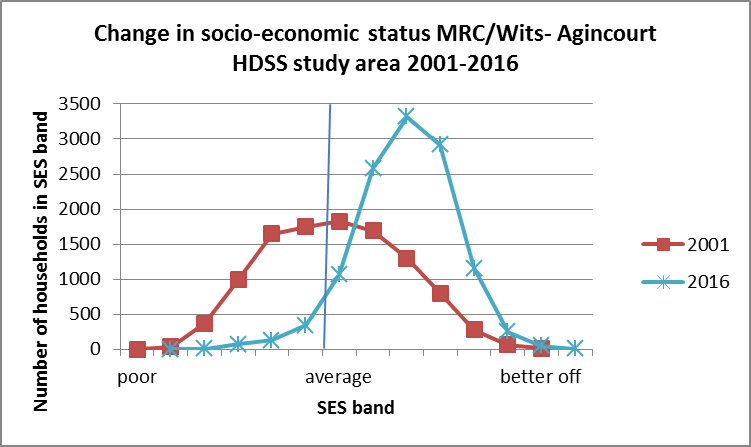 Ownership of assets (fridge or stove; building materials; access to electricity, communication and transport) can be assessed quite accurately in surveys and used as a measure of household socioeconomic status. Asset ownership has increased for typical, rural households in the last decade (2000-2017) reflecting improvements in housing, electricity access, and ownership of modern goods.

Scientific Links with Statistics South Africa Oct 2017
1. Triangulation of national census and HDSS data
The leader of the Migration, Urbanisation and Health team at the MRC/Wits Agincourt Research Unit, Mark Collinson, supported closely by Carren Ginsburg, has been a scientific advisor for Statistics South Africa on issues of internal migration for over ten years. The gist of the collaboration is using the longitudinal data to triangulate the national data to show the dynamic population processes underway that can’t be seen in the cross-sectional national data. We have co-written national statistical reports, using longitudinal HDSS data to validate national censuses and surveys and produced technical reports highlighting the dynamics of temporary labour migration which are hidden in the census data. Other recent papers include work on demographic dividend and youth unemployment, the mechanisms for decline in average household size, and, validating the national data by examining why the Community Survey 2016 data showed a drastic reduction in migration prevalence.

2. National Migration and Urbanisation Forum
Another key collaboration with Statistics SA is the Inter-Ministerial Committee on Migration and Urbanisation co-hosted by Statistics SA and Department of Social Development, in which Mark Collinson has played a leadership role and Carren Ginsburg been an active participant. The aim is to create a national forum for discussing and interpreting migration data, and compare findings from different datasets to inform policy-making and service planning in a range of ministries, including Home Affairs, Human settlements, Basic Education, Social development and Health. There have been a series of three Roundtable workshops and a fourth will be held ta the IUSSP conference at the end of October, after which the national forum will be consolidated.  Collinson’s role has been to convene the second inter-ministerial round-table workshop (3 August 2017), present a key note address on internal migration at the third roundtable (28 September 2017) and remain a scientific advisor on the project. Carren Ginsburg will also be a scientific advisor to the national forum. 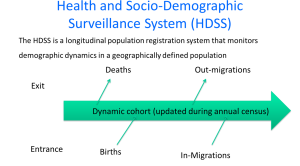 The Agincourt Health and Socio-Demographic Surveillance System (HDSS) is the foundation of the MRC/Wits-Agincourt Unit’s research mandate.  The Agincourt HDSS is a longitudinal population registration system that monitors demographic dynamics in a geographically defined population. In each update round, migration, mortality and births are registered. The baseline was conducted in 1992 and the longitudinal nature of its existence allows for the documentation of complex and changing levels, trends and transitions within the rural South and southern African context.  At baseline, some 57,600 people were recorded in 8,900 households in 20 research villages; by 2006 the population had increased to about 70,000 people in 11,700 households. In 2007, the study area was extended to include the catchment area of a newly established public-private-partnership supported community health centre with the mandate of providing HIV treatment in the area prior to public sector roll-out of HAART. By mid 2011, the population under surveillance comprised some 90,000 people residing in 16,000 households in 27 villages. In the first quarter of 2013, another 4 villages were added in order to accommodate a clinical trial on prevention of HIV transmission to young adolescent women making the number of research villages under surveillance 31. At this point, the population was some 110 000 in 21 000 households. There have been 23 census and vital event update rounds after the baseline census, conducted strictly annually since 1997. Participation is virtually complete with a negligible number of households refusing per round.

With the collection of deaths in each round we are able to measure mortality patterns and the census information allows us to do analysis by age, sex and by socio-demographic characteristics like education level, socio-economic status of the household, etc. As we also use the geographic information system to locate households, we also do spatio-temporal clustering analysis of mortality.

Cause of death is explored using verbal autopsy (VA) assessments for each registered death. The implementation of InterVA, a deterministic model to assess probable cause of death using VA has allowed us to produce standardised assessments. These assessments compared to physician diagnoses, cost less and produce more timely outputs. This work has contributed to WHO efforts to improve community-based cause-of-death ascertainment and make these tools widely available for policy and planning.

Trends in maternal mortality have been examined, determining how all-cause mortality compares with cause-specific estimates. This has shown us, among other findings, that the HIV epidemic produced a huge excess of mortality compared to maternal deaths uniquely due to obstetric causes.

The effects of enumeration on a population: a study of communities participating in the Agincourt Health and Demographic Surveillance System Feb 2019
Rhian Twine, John Kinsman, Kathleen Kahn, Gillian Lewando-Hundt Funded by an NRF Public Engagement Grant and the EU (Marie Curie Fund)
This exploratory study took an anthropological approach to assessing the impact of more than 20 years’ surveillance within the population residing in the MRC/Wits-Agincourt Unit’s HDSS study area, to elicit possible benefits and detriments.  The study involved in-depth interviews and focus group discussions with  ordinary people systematically sampled from the population residing within villages in the HDSS, traditional and civil leadership and service providers working in the site.  Fieldwork is now complete.  The interviews investigated people’s individual experiences of living in the  MRC/Wits Agincourt Unit’s HDSS study area, including questions about their overall views, the visits they receive from Unit field workers, community feedback of studies conducted in the HDSS any problems they have encountered, as well as positive impressions. The focus groups explored similar issues but at a broader, community level. The first publication from this work is titled “The ‘experimental public’ in longitudinal health research: views of local leaders and service providers in rural South Africa” and can be read here.